When I first discovered An Inventory of Archaic and Classical Poleis by Hansen & Neilsen I was happy to find such a treasure trove of information. Quickly I realized there was a glaring omission. There are no maps to guide the reader on where each polis is located or its geographical relationship with other poleis.

Reading further I understood that, rather than create their own maps, the authors referenced the Barrington Atlas Of The Greek And Roman World edited by R. Talbert. And I can understand this, to say the Barrington Atlas is a phenomenal reference is an understatement. Yet, it is a paper atlas and the Inventory directs you to the page on which you will find the location of the polis if you look for it (you can find a digital version of the Barrington Atlas here on the Apple app store, but the general problem remains).

So the purpose of this app is to fill the gap between the Inventory and the Barrington Atlas. To provide the missing visual whereby you can seamlessly explore the geographic extent of the poleis superimposed on modern satilite imagery. It's my hope that the app will augment your enjoyment and consumption of the Inventory as it is meant to be its companion as one learns about ancient Greece. 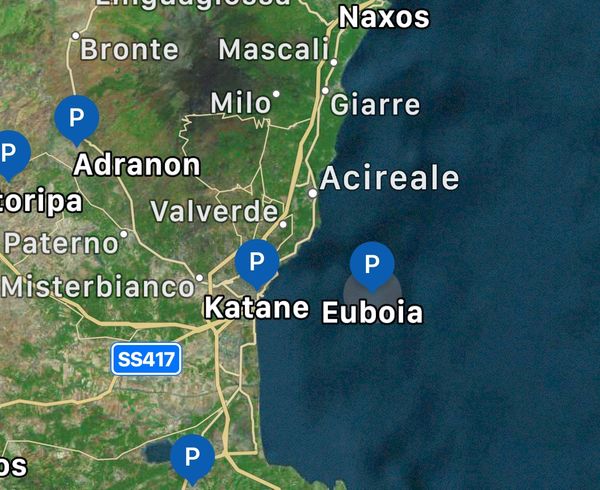 The Polis Inventory catalogs 1035 poleis in a consistent and uniform, therefore comparable, construction of various physical and historical parameters. What might come as a surprise, however, is that many